I heart my Kids!

Good Afternoon, everyone! I decided to take a break from my usual "deals" posts and take this time to talk about my kids. I have two kids: Kanani, 9 & Jae'Sun (pronounced Jason..lol), 2. 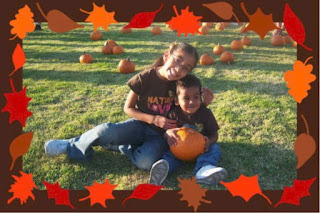 Jae'Sun is in his terrible twos stage, always yelling "NO" and "You're mean!" He still is not potty trained and BOY do I hate changing his diapers. Gosh this boy loves to eat and will eat anything (yes anything!) that you give him. Jae'Sun and Kanani are total opposites.
Kanani is so dramatic and talkative. At her Pre-K graduation she was awarded "Most Likely to go to Hollywood" because her teacher said Kanani is so outgoing and dramatic. I swear I can not leave Kanani with anyone (people I know of course) because she tells them our whole life story. That is her downfall...she is so gullible and talks too much.
We recently had a talk with her about strangers and we soon realized that she needs more training in that subject. My husband and I gave her scenerios and the letter grade we would give her is an 'F'. I was shocked because I thought she knew about the whole Stranger Danger, but I guess we as parents assume that because we discussed 'Stay away from Strangers' and etc. that are kids know better. I urge you to have this discussion again and test your kids with scenerios. Also you should really consider having a family password. I would like to attach a Child ID Kit for you guys. Print it as many times as you would like, fill it out, and put it in a safe place. Hopefully you never need it but it's better to be safe than sorry.

Your kids are beautiful. My boys are polar opposites too. It makes life pretty interesting.